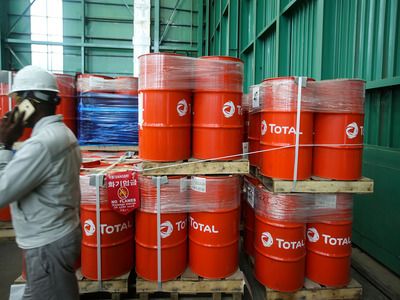 Fuel and energyOilInternational activitiesEvents
OREANDA-NEWS. French oil company Total and Italian Eni suspended payments. for Russian oil, Reuters reported, citing its sources in the industry. The agency’s interlocutors connected the refusal to make payments with the pollution of the organochlorine oil supplied via the Druzhba pipeline.
“Why should anyone pay for such oil at all?” Strictly speaking, it isn't oil at all. And no one in all of Russia can clearly explain who will pay compensation to whom and when”, said one of the media interlocutors familiar with the situation.

According to the news agency, the payment was due on May 15. The agency notes that, theoretically, Western buyers have the right to refuse to pay for the oil supplied to them, as its quality did not correspond to that stated in the contracts. However, under Russian law, they are obliged to pay first and then seek compensation.

“Our position is clear. Western companies must pay, and then file a claim for damages”, explained a Western source in one of the Russian oil companies. A representative of Surgutneftegaz declined to comment. The Russian media sent requests to the press service of Total, Eni and Rosneft. In mid-April 2019, it became aware of the pollution of the chlororganic oil supplied from Russia via the Druzhba pipeline, after which European companies suspended purchases of Russian raw materials.

In mid-May, Deputy Prime Minister Dmitry Kozak, who oversees the fuel and energy complex, said that Transneft would pay compensation to everyone who “proves that they have real losses” because of contaminated oil. According to the estimates of the head of the Ministry of Energy, Alexander Novak, the total damage from the state of emergency at Druzhba will not exceed $ 100 million.
Source: OREANDA-NEWS
Поделиться в соцсетях:
Подписаться на наши группы: Instagram | VK | Facebook | Twitter
Rate this article: