Media: The Power of Siberia Will Strengthen Ties between Russia and China and Prevent US Access to Gas Market 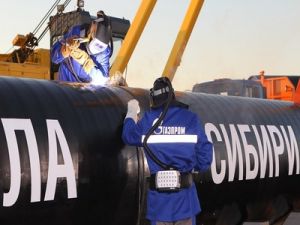 OREANDA-NEWS. The Power of Siberia gas pipeline, through which gas from Russia began to flow to China, represents a major achievement in terms of creating energy infrastructure and will create obstacles to the supply of liquefied natural gas to the PRC from the United States. This assessment was given to the project on Monday by The Wall Street Journal.

"The largest project in Russia since the collapse of the USSR - the Power of Siberia gas pipeline - is a real link that strengthens cooperation between the two world powers, each of which challenges the United States", the newspaper said. According to Erica Downs, an expert at Columbia University and a former CIA analyst, cited by the newspaper, "China and Russia, having joined forces, sent a signal that there is an alternative to the global order led by the United States".