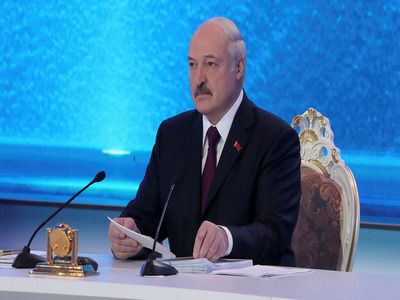 Minsk Is Considering the Possibility of Delivering American Oil to Belarus

Fuel and energyOilInternational activitiesWholesale of non-motor vehicles
OREANDA-NEWS. Concern Belneftekhim said that the possibility of purchasing American oil for Belarus is being explored. This was announced on Monday by the press secretary of the concern Alexander Tishchenko. "The format is being worked out. It's about forming negotiating positions", he said. The representative of Belneftekhim noted that the parties are working in this direction, and deliveries are possible.

On March 13, US Secretary of State Michael Pompeo, in a telephone conversation with Belarusian Foreign Minister Vladimir Makei, confirmed the readiness of American companies to immediately begin supplying oil at competitive market prices. Pompeo also said that there were no political obstacles to concluding relevant oil supply agreements between the companies of the two countries.

On March 3, President of Belarus Alexander Lukashenko announced that he counted on US assistance in creating logistics facilities for the supply of oil to the country, in particular from the Baltic direction.
Source: OREANDA-NEWS
Материалы по теме: