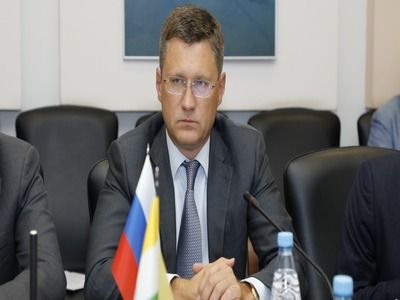 Fuel and energyMinistries and departmentsInternational activitiesgas
OREANDA-NEWS. Russian Energy Minister Alexander Novak holds the first meeting with the new head of the Ministry of Energy of Kazakhstan, Nurlan Nogaev. The parties plan to discuss cooperation in the energy sector, including the OPEC + deal. This was reported to journalists by the head of the Russian department.

"This is the first visit of the Minister of Energy. He comes to discuss cooperation in the energy sector. He has been recently appointed. We will discuss all issues related to cooperation between Russia and Kazakhstan: in the electric power industry and the oil and gas industry", Novak said. “Of course, we will discuss the situation on the market, as Kazakhstan is a member of the agreement between the 24 countries participating in the agreement. We will also discuss this topic”, the minister added.

Last week, the OPEC+ technical committee held an emergency meeting in Vienna at which it made a recommendation to increase production cuts for the second quarter by 600 thousand bps, and in general to extend the current reduction until the end of 2020. Russia has not yet supported the proposal, requesting time for internal consultations.