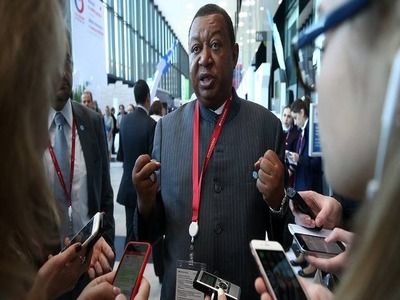 Fuel and energyDiplomatic organizationsOilIncidents
OREANDA-NEWS. Saudi Arabia has almost restored the level of oil production observed before the attacks on oil facilities of the state-owned company Saudi Aramco. This was announced on Thursday by OPEC Secretary General Mohammed Barkindo, speaking at the 12th Kazenergy Eurasian Forum "The Future of Energy Sources: Innovative Growth" in the capital of Kazakhstan, the American News Agency reports.

According to Barkindo, the incident with attacks at the refinery was a thing of the past. Other details haven't been given yet. He also added that Saudi Arabia intends to maintain the planned level of oil production, despite drone attacks on oil facilities.

"Mr. Prime Minister, I want to convey to you the salute of Mr. King of Saudi Arabia Salman bin Abdel Aziz Al Saud and to thank you for the quick response to these attacks. He also promised that Saudi Arabia will maintain the level of production according to the agreement on September 12 in Abu Dhabi “I emphasize that any undermining of the safe supply of oil and gas anywhere in the world is a big violation for industry and the economy”, said Barkindo.

The two largest enterprises of the national oil company Saudi Aramco in Abkaik and Hurais were attacked on the night of September 14. Husitin rebels from the Ansar Allah Yemeni movement claimed responsibility for the attack, claiming that 10 drones filled with explosives were used in the sabotage. Due to fire and mechanical damage, production of the world's largest oil exporter fell by 5.7 million barrels per day from 9.8 million barrels per day.

Half of the lost production volumes were restored by the evening of September 17. At the same time, Saudi Arabia plans to restore the full production capacity to 12 million barrels per day by the end of November.