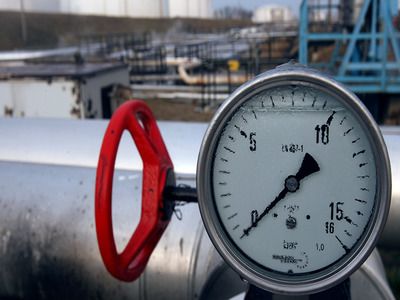 Polish Government Announced Timing of Rejection of Gas from Russia

Fuel and energygasInterstate relationsOther transport activities
OREANDA-NEWS. Warsaw may completely abandon Russian gas after 2022, when the current contract with Gazprom expires. This was announced on the air of "Polish Radio" by the representative of the government of the republic on the development of strategic energy infrastructure Pyotr Naimsky.

According to him, such a development of events is possible if two conditions are met - expanding the capacity of the terminal for receiving liquefied natural gas (LNG) in иноwinoujцеcie and completing the construction of the Baltic Pipe gas pipeline (scheduled for 2022), which will strengthen communication with the Norwegian gas transmission system and allow Poland to receive from the Scandinavian country about 8 billion cubic meters of gas per year.

“Both the gas pipeline and the expanded terminal are our strategic way out of the situation with dependence on Russians. After 2022 this problem will be solved, all gas imports to Poland will go from a different direction”, assured Naimsky and explained that we are talking about such areas as the United States and Qatar.

Poland regularly declares its intentions to find an alternative to Russian gas, pointing to the "threat" of dependence on Gazprom. In particular, in June 2019, the Polish President Andrzej Duda, in negotiations with the U.S. President Donald Trump, agreed on an additional contract for the purchase of 2 billion cubic meters by Warsaw of American LNG for $ 8 billion. In general, the agreement of the Polish state oil and gas company PGNiG for the supply of LNG from the United States was concluded for more than 20 years.

At the same time, Poland remains one of the largest buyers of Russian gas in Eastern and Central Europe: in 2018, Gazprom delivered 9.86 billion cubic meters of gas to this country, that is, approximately 25% of the total supply to the region.