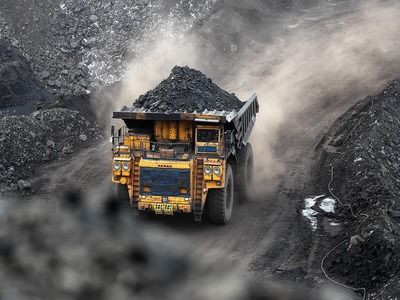 Fuel and energyInternational activitiesInterstate relationsCoal
OREANDA-NEWS. The export of Russian coal to Ukraine, which has been carried out since June only with special permits, tripled in July compared with the previous month, to 394.8 thousand tons against the background of growth in shipments of large exporters, the Russian Business Media reports citing data from the Central dispatch control of the fuel and energy complex. However, in relation to July 2018, deliveries significantly decreased by 51.6%, and in January - July - by 15.3%, to 5.2 million tons (compared to January - July 2018), the report said.

According to analysts, a reduction in the supply of Russian coal leads to a decrease in coke production in Ukraine and, as a result, a decrease in the smelting of pig iron and steel. According to the Ministry of Energy of Ukraine, as the Russian newspaper writes, coal reserves in the warehouses of thermal power plants at the beginning of September amounted to 688.4 thousand tons (2.2 times lower than last year).

Coal miners of Kazakhstan are also dissatisfied with the new order of coal supplies to Ukraine, since their exports are also declining. According to Maxim Kononov, deputy head of the Association of Mining and Mining and Metallurgical Enterprises, out of the declared 584.12 thousand tons of coal that Kazakhstan planned to send to Russia through Ukraine from July to September, the Ministry of Economy allowed only 233.5 thousand tons (40 %), writes the Russian media.