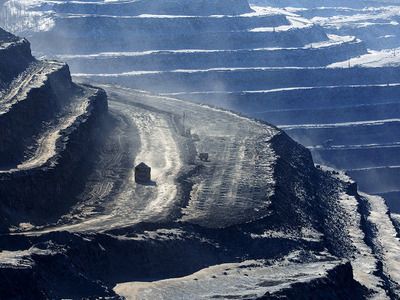 Fuel and energyInternational activitiesCoalRailway transport
OREANDA-NEWS. The Russian Ministry of Energy expects coal exports from Russia to China to reach 55 million tons per year within 10 years, which is twice the level of 2018. Deliveries will increase as Russia has a competitive advantage in the form of a short logistic leverage. This follows from an article by Deputy Minister of Energy of Russia Anatoly Yanovsky in the journal "Energy Policy".

The Russian raw material potential and, above all, the quality characteristics of coal products allow us to squeeze competitors from the Asia-Pacific region on the Chinese market and to increase annual export deliveries to the country even higher - up to 55 million tons over the next ten years.

There is confidence that China’s desire to diversify its import sources while working on adapting existing import channels to new global environmental requirements, as well as the general historical experience of cooperation with Russia, we can conclude that gas component in Sino-Russian relations will only lead to closer and beneficial cooperation of countries in the global energy arena", he said. Yanovsky noted that already this year he expects coal exports to China to grow by 27% to 35 million tons, and in general to Asia-Pacific countries to about 100 million tons.
Source: OREANDA-NEWS
Другие новости: