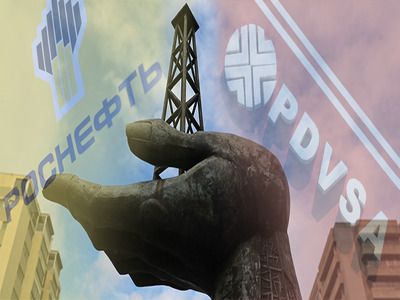 Fuel and energyOilMinistries and departmentsInternational activities
OREANDA-NEWS. The transfer of Rosneft control over the state-owned oil company Petroleos de Venezuela (PDVSA) should be addressed to the Russian company. This was announced on Thursday at a briefing by the official representative of the Russian Foreign Ministry, Maria Zakharova.

"We really saw the publications of agencies on the readiness of Venezuela to transfer to the Russian company full control over the state oil company of Venezuela. We assume that these are reprints of the Venezuelan opposition and the media controlled by them, or related to them", she said. “In fact, you need to contact Rosneft”, the diplomat added.

Earlier, the newspaper El Nacional, citing its own sources in the energy sector of Venezuela, said that the Bolivarian Republic government could transfer to Rosneft full control over PDVSA. According to the publication, the Venezuelan authorities took the corresponding initiative, hoping in return to achieve cancellation of debt to the Russian Federation.