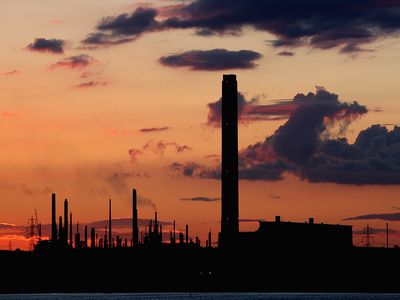 Russian Oil Has Fallen to a Minimum since 1999

Fuel and energyOilState financeBank loans and ratings
OREANDA-NEWS. Prices for offshore consignments of Russian Urals oil continued to decline - their price for North-West Europe fell on Friday, March 27, to $ 16.2 per barrel on the terms of CIF delivery, writes March 30, the price agency Argus Media. According to it, this is the minimum price level since 1999. In the 21st century, Russian oil wasn't so cheap yet.

Batches of Urals with delivery to the Mediterranean fell in price by $ 4.26 per barrel per week up to $ 18.45 per barrel. On this basis, this is the minimum price since 2002, the agency notes. CIF delivery terms mean that the final price includes freight costs to the port of destination and cargo insurance, which the seller assumes.

The price of Urals offshore consignments declined over the week amid information about an increase in oil shipments from Russian ports in April by almost 13% compared to March.
Source: OREANDA-NEWS
Материалы по теме: