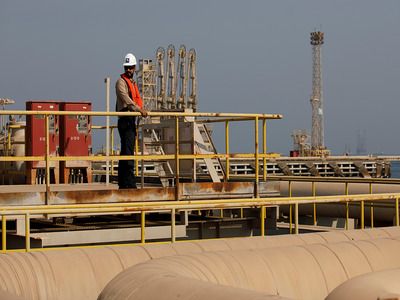 Saudi Aramco Ceased Negotiations on Participation in the NOVATEK's Project

Fuel and energyInternational activitiesgasNew technologies
OREANDA-NEWS. Negotiations on the entry of Saudi Aramco into the LNG project of NOVATEK “Arctic LNG-2” are terminated, the Russian media reports citing sources close to the different parties to the transaction.

“The deal is no more, because NOVATEK has given its share to China”, said the source. Another source added that the Saudi company was not satisfied with the proposed terms of the transaction, and also was concerned about the sanction risks. The source of the Russian media, close to one of the parties to the transaction, confirmed that negotiations with Saudi Aramco are no longer under way. The main contender for the remaining 10%, he said, is Japanese investors.

“NOVATEK does not comment on the progress of specific negotiations. As we said earlier, we are holding discussions with potential partners, which will end in the first half of 2019”, media said in the company. On the eve it became known that Saudi Aramco agreed with the American Sempra Energy on the supply of LNG and will receive a share in the development project of the Port Arthur terminal in Texas. At the end of April, NOVATEK agreed to enter the project with two companies from China at once - the Chinese National Oil and Gas Exploration and Development Company (CNODC) and the China National Shelf Oil Corporation (CNOOC). Each company will receive 10%.

Saudi Aramco’s proposal to become an Arctic LNG-2 investor was announced by the Minister of Energy, Industry and Natural Resources, Khalid Al-Falih, in February 2018. Then he said that the project will become part of the company's gas strategy. In the fall, the head of the Russian Direct Investment Fund (RDIF), Kirill Dmitriev, indicated that al-Falekh had declared his readiness to invest about $ 5 billion in Arctic LNG-2. The head of NOVATEK, Leonid Michelson, indicated that the company is ready to consider selling Saudi Arabia up to 30% in the project .