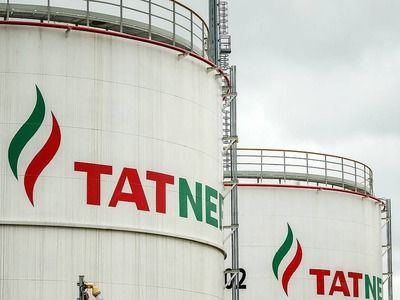 Tatneft responded to Allegations of Pollution "Druzhba" Pipeline with Organochlorine

Fuel and energyOilIncidentsInternational activities
OREANDA-NEWS. Tatneft has never used organic chlorides for oil recovery, and also doesn't supply oil products directly to the Druzhba pipeline, the press service of the company informed the Russian media. “The company delivers oil to the Transneft trunk oil pipeline system, in which the oil cargo flows are then formed”, explained Tatneft, adding that there were no deviations from the norms when delivering oil to the Transneft system.

“The quality of oil in the chemical analytical laboratory is determined in the presence of the receiving party and confirmed by the signatures of the parties (in this case, Transneft and Tatneft, respectively)”, explained the company. Earlier, the fact that in April 2019 in the oil delivered by TATNEFT a multiple excess of chlorides was recorded, told the founder of the Petroneft holding Roman Trushev, one of the defendants in the case of the pollution of the Druzhba pipeline with organochlorine. He is on the international wanted list.

“I have reliable information that the content of organochlorine in Tatneft’s oil reached 2,700 ppm in April,” he said. In this case, the normalized indicators - no more than 10 ppm. On April 19, Belarus announced a sharp deterioration in the quality of Russian oil that comes in transit to the section of the trunk pipeline of Gomeltransneft Druzhba OJSC. The content of organochlorine compounds in oil exceeded the limit values ​​by a standard ten times. Due to contaminated oil, the refineries of Belarus reduced their capacity utilization and incurred losses.

Transneft said that oil pollution in the Druzhba pipeline was deliberate. SC investigates a criminal case, now six people are passing through it. Four of them were detained and taken into custody, and two more, including Trushev, are wanted.
Source: OREANDA-NEWS
Поделиться в соцсетях:
Подписаться на наши группы: Instagram | VK | Facebook | Twitter
Rate this article: