The Government Has Fixed Retail Fuel Prices in Russia until July 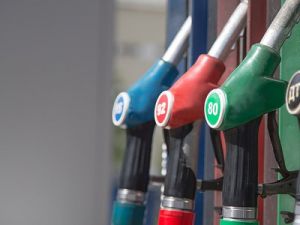 OREANDA-NEWS The government decided to keep the agreement regulating fuel prices in wholesale and retail, concluded with oil companies until March 31, for another three months. The agreement should be replaced by a new mechanism to guarantee the supply of gasoline and diesel to the domestic market in the form of export licensing. New measures have been discussed with the companies, but the authorities promised to reduce their losses from the current market situation.

Nine days before the end of the current agreement, which was concluded between the government and 10 oil companies in November 2018, the authorities finally found a way to regulate the fuel market after March 31.

As Deputy Prime Minister Dmitry Kozak, who oversees the fuel and energy complex, told reporters following the meeting in the White House, it was decided to extend the agreements with the oil industry for another three months. During this time, it is planned to prepare a bill that will establish obligations for the supply of petroleum products to the domestic market for exporters.

"It was decided to move in this direction, to prepare an appropriate law that will regulate and establish export licensing," Kozak said. According to him, the mechanism will be soft, "not limiting the volume of exports."

With oil, says Kozak, the idea of licensing was discussed in the fall and "all companies support this measure." However, in order to "align their participation in the supply of the domestic market" through licensing, it will take time, said the Deputy Prime Minister. Although the easiest way to do this is on a historical basis, based, for example, on the levels in 2018, he reasoned.

Not all parameters of the current agreement will be saved until the end of June, Kozak added. Thus, the government is ready to reduce the requirement for mandatory increase in fuel supplies to the domestic market by 3% to the level of 2017. The approval of new, increased standards for the sale of fuel through exchange trading is also postponed for an indefinite period.