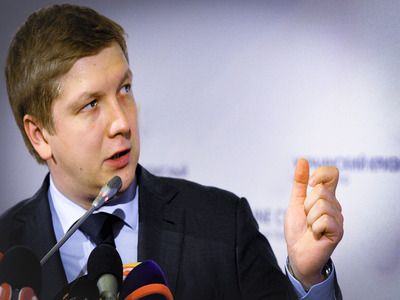 Fuel and energygasInterstate relationsJustice
OREANDA-NEWS. Chairman of the Board of Naftogaz Andrei Kobolev commented on the results of negotiations between Russia and Ukraine on the gas issue, which took place as part of the "Norman" summit in Paris. “Our opponents still have some non-standard “trump cards”. Therefore, it’s too early to celebrate the victory”, Kobolev wrote on his Facebook page.

Kobolev’s commentary came after negotiations at the Normandy summit that discussed the gas dispute between Russia and Ukraine. They, in particular, were talking about a gas transit contract (expiring December 31, 2019), as well as about the enforcement of the decision of the Stockholm arbitration in favor of Kiev.

Following the talks, President of Ukraine Vladimir Zelensky said that at a meeting with Russian President Vladimir Putin, the issue of compensation of $ 3 billion by the decision of the Stockholm arbitration was removed. According to Zelensky, the Ukrainian position is simple: "We are ready to take gas." “This is a compromise we are ready to make”, Zelensky said.
Source: OREANDA-NEWS
Материалы по теме:

The Chairman of the Committee of the Bundestag, Norbert Rettgen, Proposed to Introduce a Moratorium on the Completion of the «Nord Stream – 2»