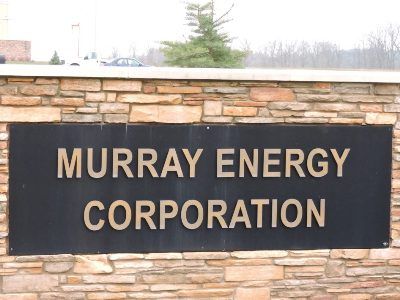 The Largest Private Coal Company in the USA Declared Bankruptcy

The company filed an application to the Court for the Southern District of Ohio in accordance with Title 11 of the United States Bankruptcy Code regulating restructuring of legal entity under protection against creditors. About 7 thousand people work in Murray Energy; they operate in 17 coal mines in the states of Alabama, Illinois, Kentucky, Ohio, Utah and West Virginia.

According to Wall Street Journal estimates, Murray Energy is already the eighth coal producer in the United States which filed for bankruptcy since October 2018.

This happens despite the active support of the coal industry from USA President Donald Trump, who made a big bet on voters working in such traditional sectors of the American industry as, for example, coal industry and metallurgy, during presidential election campaign. After his election Donald Trump, fulfilling campaign promises, canceled or limited several laws passed under previous president Barack Obama. These acts aimed at limiting greenhouse gas emissions and stimulating cleaner energy, such as solar and wind energy. In March 2017, Donald Trump signed a decree abolishing Obama’s climate change strategy. Among other things, this means a significant easing of the environmental requirements for industrial corporations. Then the shares of coal companies soared in price by 15 %.

Robert Murray, the head of Murray Energy, is a supporter of Donald Trump. The businessman made donations to his presidential campaign in 2016.