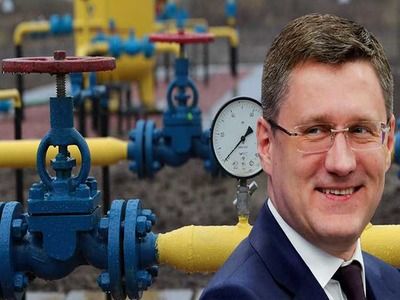 The Meeting of Russia, EU and Ukraine on Gas Is Scheduled for September 19

Fuel and energygasInterstate relationsEvents
OREANDA-NEWS. A trilateral gas meeting between Russia, the EU and Ukraine at the level of energy ministers is scheduled for September 19. This was reported on Monday by Bloomberg, citing a European source. Earlier, the source of the Russian media in the European Commission said that Europe had offered Russia and Ukraine to hold gas negotiations from September 16 to 22. The European Commission later confirmed the holding of trilateral gas talks on September 19.

Marosh Shefchovich, Europe’s deputy chairman for energy union affairs, said on Friday that he had a telephone conversation with Russian Energy Minister Alexander Novak, during which "an agreement was reached to hold trilateral ministerial talks by the end of this month". He noted that "the exact date will be announced when consultations with the Ukrainian side are completed".

The main topic of the negotiations will be a discussion of the conditions for the supply and transit of Russian gas to the EU through the territory of Ukraine from 2020, that is, after the completion of the current transit contract. The European Commission offers Russia and Ukraine to conclude a new long-term transit contract for a period of ten years with a guaranteed annual volume of gas pumped through the Ukrainian GTS. This should provide Kiev with revenues from Russia in the amount of up to $ 3 billion per year as payment for transit. Russia simply offers to extend the current contract for a year.

A trilateral gas meeting in the Russia-EU-Ukraine format at the level of energy ministers will be held on September 19. The representative of the European Commission Anna-Kaisa Itkonen informed the Russian media about this on Monday. "Yes, I can confirm the negotiations are held on September 19", said Marosh Shefchovich, Vice-President of Europe to the Energy Union, will soon inform about this on her Twitter.