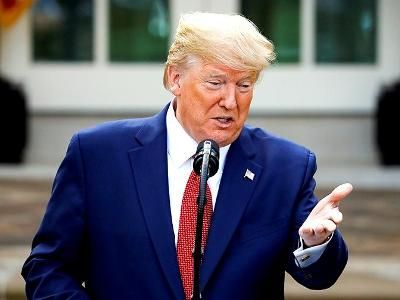 OREANDA-NEWS. According to Reuters news agency, US President Donald Trump believes that Russia and Saudi Arabia in the next few days will be able to work out some kind of decision on oil prices.

“I think they will work it out over the next few days… Both know what they have to do,” Trump said at a press conference in the White House. According to the politician, a deal should be expected in the near future, because the current situation is “very bad” both for Russia and Saudi Arabia.

Earlier, Trump announced that he will participate in negotiations on oil prices together with Moscow and Riyadh. He noted that he had discussed this issue with Russian President Vladimir Putin and Prince of Saudi Arabia Mohammed bin Salman personally.
Source: OREANDA-NEWS
Материалы по теме: