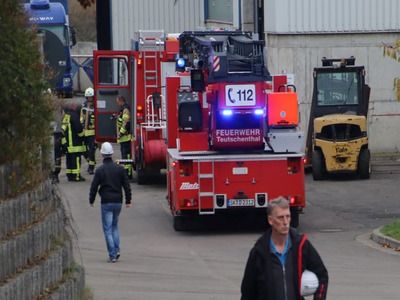 Two People Injured in a Mine Explosion in Germany

IncidentsFuel and energyCoalMinistries and departments
OREANDA-NEWS. Two people were injured in an explosion at the mine of the GTS Grube Teutschenthal Sicherungs GmbH, several dozen people are sheltering underground. This was reported on Friday by the MDR television and radio company.

The explosion occurred in the Toichental municipality of Saxony-Anhalt. At the time of the clap, 38 people were in the territory, two of them were taken to the hospital. Initially, the media reported that the people who remained underground were blocked, but the operator of the Geiger Unternehmensgruppe mine specified that they were all in "safe shelter". Rescuers are working on site, the cause of the explosion has not been established.

At 11:14 local time (13:14 Moscow time) it became known that firefighters began an operation to rescue workers. Around 11:40 local time (13:40 Moscow time), local police reported on Twitter about the rescue of all workers who were in a shelter at a depth of 700 m. According to the company, about 100 people work at the Toichental mine. For more than 80 years, potash salts have been mined in this place, but in 1982 the mines were closed. After the reconstruction, which lasted 15 years, mineral waste is stored there.
Source: OREANDA-NEWS
Другие новости: