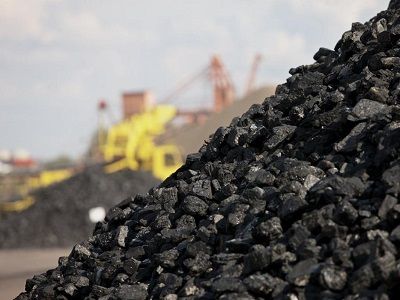 Fuel and energyCoalWorldStateTrade and services

OREANDA-NEWS Belarus, which does not produce coal, in 2018 exported 854 thousand tons of this fuel, follows from the data of the national statistical Committee of Belarus (Belstat), published on Thursday, February 20. This is more than five times more than a year earlier. Growth of deliveries was provided mainly by transportation to Ukraine.

Coal shipments from Belarus to Ukraine grew from almost zero (0.6 kt) to 588,5 thousand tons, Minsk imported twice as much coal than a year earlier, to 1.6 million tonnes, most of which (1.2 million tonnes) was imported from Russia, Belstat indicates.

About half of Ukrainian thermal power plants (TPP) operate mainly on anthracite, which has historically been supplied from mines in Eastern Ukraine. Now these mines are controlled by the authorities of the self — proclaimed republics-DNR and LNR.

DTEK Rinat Akhmetov in March 2017 announced the loss of control over 11 enterprises in the DPR and LPR after the self-proclaimed authorities introduced external management there. Kyiv considers the export of coal mined in the territory of these republics illegal, seeing in it the signs of a criminal offense under part 3 of article 258-5 of the Criminal code of Ukraine (financing of terrorism).

Ukraine was forced to look for a replacement for the Donbass anthracite in other countries, such as the US and South Africa. Russian traders, whose offices are located mainly in the Rostov region, sold this coal abroad as part of coal mixtures. A year ago, the only supplier of coal from the DPR and LPR was the company "GAZ-Alliance", controlled by businessman Sergei Kurchenko.

Russian coal miners were forced to resort to indirect coal supplies to Ukraine due to Russia's trade restrictions, a source at the Russian coal company and the CEO of another coal company. "We can not directly ship — do not give quotas," one of them said.

Russian companies exported coal to Ukraine under the guise of transit to Europe: raw materials were supplied to Ukrainian ports, and then they were not exported anywhere. But since may 1, 2018, Russia has limited transit. Ukrainian media wrote that from that moment the supply of Russian energy and coking coal in transit through Ukraine stopped without explanation. According to them, the volume of coal transit from Russia to Europe through Ukraine reached from 1 million to 1.8 million tons per month.

Belarusian media reported that Donbass coal could be supplied through Belarus, not only to Ukraine, but also to other countries, in particular to Poland.