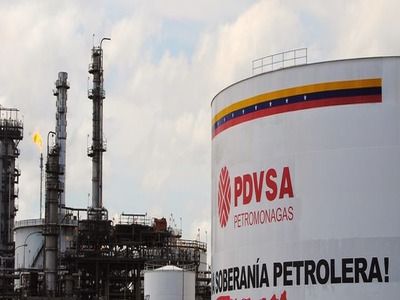 Venezuelan Oil Minister Says He Will Visit Russia in October

Fuel and energyMinistries and departmentsOilInternational activities
OREANDA-NEWS. Venezuelan Oil Minister Manuel Quevedo will visit Russia in October. The minister said this to reporters on the sidelines of the World Petroleum Congress. “I’ll come in October”, he said, adding that meetings are possible both at the ministerial level and with the management of Rosneft.

In March this year, Quevedo, at a meeting with Azerbaijan’s Energy Minister Perviz Shahbazov in Baku, said that Venezuela considers Russia and China to be the main export routes for its oil. Later, on the sidelines of the Krasnoyarsk Economic Forum, Russian Energy Minister Alexander Novak told reporters that Russia and Venezuela could discuss the issue of oil supplies from the republic during the visit of Quevedo to Moscow, which was then planned for early April.

From October 2 to 5, 2019, Moscow will host the international forum Russian Energy Week (REN). This is the largest annual industry event in Russia dedicated to the analysis of trends in the global fuel and energy complex. The event, organized by the Ministry of Energy with the support of the Roscongress Foundation, will be held in the central exhibition hall Manege.

He also said that the Venezuelan state oil company PDVSA has registered a representative office in Moscow. “Yes, they registered in Russian jurisdiction”, he said, noting that the vice president of the company came to Moscow for this. Quevedo added that the staff of the new office in Moscow will be small. “About half the staff of what was in the previous office”, said the Venezuelan minister.

The decision of the Venezuelan leadership to move the European PDVSA office from Lisbon to Moscow was announced in early March by Executive Vice President Delsi Rodriguez at a press conference following talks with Russian Foreign Minister Sergei Lavrov in the Russian capital. In early summer, Quevedo, in an interview with Russian media on the sidelines of the St. Petersburg International Economic Forum, announced that the office was planned to open in June. However, since then there have been no new details regarding the implementation of these plans.