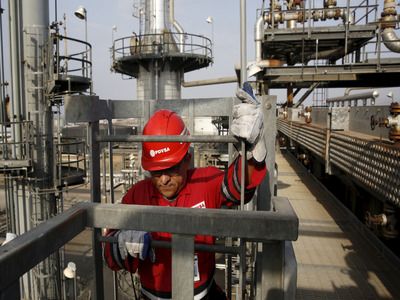 Fuel and energyOilInternational activitiesMinistries and departments
OREANDA-NEWS. Chairman of the Venezuelan National Assembly, Diosdado Kabel, in an interview with the Russian media denied the earlier reports that Caracas allegedly was considering transferring control of the state-owned oil company PDVSA Rosneft in exchange for the cancellation of debts by Moscow. Cable noted that Russian President Vladimir Putin and the head of Rosneft Igor Sechin are Venezuelan best friends, but there is no talk of a deal on PDVSA.

On October 16, opposition newspaper El Nacional distributed information on a proposal by Caracas. It was reported there that Russian representatives allegedly came in order to assess the state of the oil company on the spot, and asked questions about a possible reduction in its employees for further successful development.

At the same time, El Nacional emphasized that the national assembly should give permission to transfer control over PDVSA in any case. At the same time, Rosneft told the Russian media that it did not intend to comment on the rumors, and a media source in the Russian government said that the issue of transferring control of PDVSA was not discussed at the talks with Caracas.