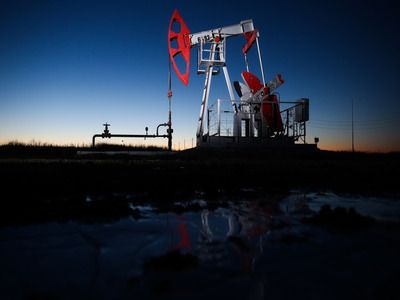 Fuel and energyOilState financeInternational activities
OREANDA-NEWS. The price of May futures for the West Texas Intermediate (WTI) oil brand fell by 3%, according to the London ICE. As of 03:31 Moscow time, a barrel of WTI is trading at $ 20.8. At a minimum during trading on the London Stock Exchange, its price reached $ 20.06. According to Investing.com at 04:10 Moscow time, the price of a barrel of WTI reached $ 20.52.

The cost of WTI has not reached this mark since February 2002. A year earlier, OPEC and a number of countries, including Russia, agreed to reduce oil production by 1.5 million barrels per day. The six-month limitation came into force on January 1, 2020. After that, the oil price went up, and already in September reached $ 30. At current trading, the price of Brent also fell by 3%, to $ 23.7 per barrel. On Investing.com as of 04:15, its price was $ 26.83.

Since the beginning of the year, the cost of WTI has fallen by 60%, and Brent - by almost 30%. The reason for this was the collapse of the OPEC+ deal, in which Saudi Arabia proposed to further reduce oil production by 1.5 barrels per day to support the economy in connection with the coronavirus pandemic.
Source: OREANDA-NEWS
Материалы по теме: