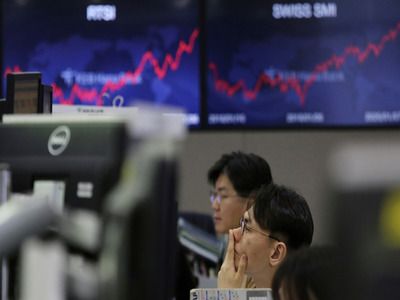 WTI Oil Price Rises to $ 65 After Iran Strikes US Bases

Fuel and energyOilIncidentsInterstate relations
OREANDA-NEWS. The cost of WTI crude oil exceeded $ 65 after reports of Iranian attacks on US military bases in Iraq. According to the London exchange The ICE, the price of February futures reached $ 65.46 per barrel. As of 04:44 Moscow time, it dropped to $ 64.86 per barrel.

According to CNBC, the growth in the cost of Texas light oil amounted to about 4.37%. The price of Brent crude oil rose by 3.75%. In Japan, the Nikkei 225 index fell by more than 2%, and Topix - by 1.3%. The Kospi index in South Korea fell 0.77%. American military targets were hit on the night of January 8, and the Islamic Revolutionary Guards Corps (IRGC) claimed responsibility for the attack. Tehran called these actions a response to Washington’s assassination in Baghdad of the head of Al-Quds special forces Kassem Suleimani.

On January 6, during trading on the London Stock Exchange, the price of Brent crude for the first time since May 2019 exceeded $ 70 per barrel. On the same day, amid a worsening situation in the Middle East, the price of gold rose by 2.3%, to $ 1,588.13 an ounce, breaking the record in April 2013. According to analysts at Goldman Sachs Group Inc., gold prices could be much higher than oil prices and could reach $ 1,600 an ounce in the future.
Source: OREANDA-NEWS
Материалы по теме: