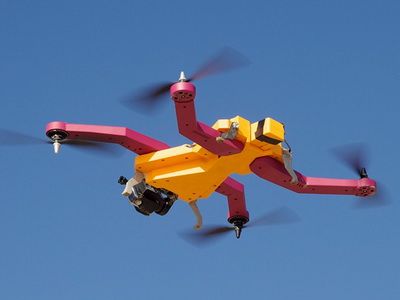 Lattelecom launches the sales of the newest AirDog 2

OREANDA-NEWS. Starting from today, Lattelecom launches the sales of the newest unmanned aerial vehicle ADII or named AirDog 2 by the domestic company AirDog. Until 29th of October, in the pre-sale and also after the goods arriving in the store, the latest Latvian-made drone model in the Baltic market will be available only in the online store.

Continuing to develop the drone created in Latvia, which several years ago made a coup for shooting extreme sports from the air, AirDog has created a technologically more powerful flying camera – ADII. The new model introduces a number of improvements to offer the world's best drone for off-road cycling, skiing, motorcycle expeditions and other leisurely adventures’ capturing.

The new drone incorporates the 3D flight route detection feature, which allows to determine its trajectory and thus predict which obstacles the aerial vehicle will have to avoid. The battery life has been improved, and there is a video mode that allows to capture not only action, but also scenic surroundings. Like the first AirDog drone, ADII is also manned with a cuff (AirLeash), which gives the user an unlimited opportunity for full freedom of movement, both on land and in the water, during shooting. According to its manufacturers, there is currently no analogue competitor on the market for ADII drone.

"AirDog unmanned aerial vehicles is one of the greatest success stories of start-up companies in Latvia. Cooperation with start-ups and their support is also one of the priorities of Lattelecom, therefore it is a pleasure to start selling such a unique product throughout the Baltics," says Pavel Degtyarev, Lattelecom technical line lead.