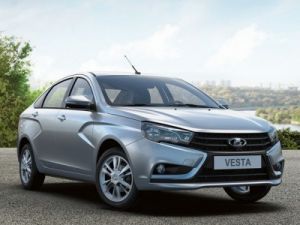 OREANDA-NEWS. The sales of the flagship models of AVTOVAZ - LADA Vesta sedan and high hatchback LADA XRAY – reached the record levels in the last month of 2016 since their appearance in the Russian market. This is the conclusion of analysts of the agency "AUTOSTAT" by the results of the study of the monthly sales statistics.

According to the data of AEB, in December, the volume of sales of LADA Vesta in Russia was 7014 vehicles, while the previous record was registered in November (5661 units). The December figure of LADA XRAY was 2644 units, although before that the best result was registered in April (2184 units).

Totally, in 2016 in the Russian market AVTOVAZ sold 55174 LADA Vesta sedans and 19943 LADA XRAY hatchbacks. And if the first model is among the five leaders of the market, then he second one - is in the top-20.