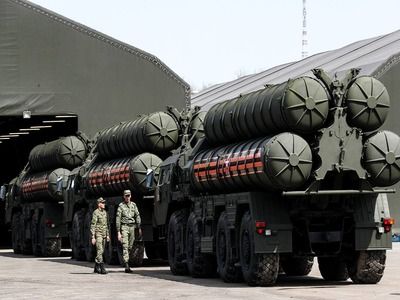 Interstate relationsMilitary securityTrade and servicesWholesale of non-motor vehicles
OREANDA-NEWS. Turkish Foreign Minister Mevlüt авavusoglu said Monday that Ankara had acquired the Russian C-400 anti-aircraft missile systems, despite threats from Washington. "We acquired S-400, despite the statements of the United States and regardless of what decisions will be taken on sanctions. Now the question of supplying S-400 to Turkey is being discussed. We won't abandon these systems", the NTV television channel quoted him.

According to Cavusoglu, no country "has the right to give Turkey any instructions".
The very first information about the negotiations from the Russian side provoked outrage of the American state, which first appeared in November 2016. The delivery contract was concluded on September 12, 2017. Turkish National Defense Minister Hulusi Akar Earlier it was reported that the deployment of the C-400 could begin in October 2019. Russian expert and head of the defense company Sergey Chemezov reported in December 2017 that the cost of shipping the Ankara S-400 systems is $ 2.5 billion.

Earlier in Ankara, they stressed that they wouldn't refuse to buy the C-400. The United States declares that the S-400 is incompatible with NATO standards, threatens with sanctions for their possible acquisition and has repeatedly said that they can delay or cancel the process of selling Turkey the latest F-35 aircraft. As previously reported by Foreign Policy magazine referring to a letter dated June 6. Pentagon chiefs Patrick Shanahan told Turkish Minister of Defense Hulusi Akar that Turkish pilots studying the F-35 should leave the country before July 31 and won't accept new pilots for training.

The US is making various attempts to prevent the Turkish side from making a deal with Russia, it is obvious that it is beneficial for the states that the state buy their weapons, as this is not only economically advantageous, but also a military threat.