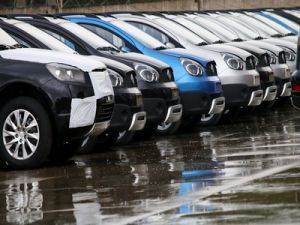 OREANDA-NEWS. Guangdong Province (South China) was the first in China to export used cars to Russia, Cambodia, Nigeria and Myanmar. This was reported on Tuesday by the China Daily newspaper, citing the Ministry of Commerce of China.

According to the ministry, 300 cars entered the first batch. "These cars with a total value of $ 2.5 million will soon undergo customs clearance and will be exported to Cambodia, Nigeria, Myanmar and Russia", the ministry quotes the publication. The list of 10 Chinese regions, which allowed the export of used cars abroad, was approved in May. Appropriate licenses have already been obtained, in particular, Beijing, Shanghai, Tianjin and Guangdong Province.

On Monday, in the city of Tianjin in the north of China, a ceremony was held to export 60 used commercial vehicles, which is the first such batch of commercial vehicles sent by China for export. After completion of customs clearance in Tianjin, used cars worth more than 700 thousand US dollars were sent for export from the duty-free port zone "Dongjiang" of the city of Tianjin to the port of Apapa in Nigeria.

Local authorities in Tianjin said that the export business of used cars accelerates the turnover of used cars, stimulates the domestic car market and deepens economic and other relations with neighboring countries. The Dongjiang port duty-free zone will be the largest export base for used cars in northern China, said Shen Lei, director of the administration of the Dongjiang port duty-free zone.

In May of this year, China allowed the export of used cars. Already, about 10 Chinese administrative units began to participate in the export proram.