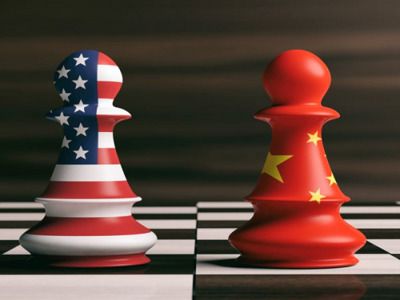 Experts: Increased US Duties on Goods from China Will Have a Negative Impact on Russian Economy

Trade and servicesWholesale of non-motor vehiclesFinance accounting and auditInterstate relations
OREANDA-NEWS. The US decision to raise duties on a number of goods from China will have a negative impact on the Russian economy, as it can provoke an outflow of capital from emerging markets. This was stated to journalists by presidential aide Andrei Belousov.

"Undoubtedly, this will negatively affect the global economy and doubly negatively - on the Russian economy. Firstly, because the growth rates of the entire global economy decrease with a high probability, and secondly, capital outflow from emerging markets can begin. These Two factors will have a negative impact. But the most important thing, the worst thing in this whole story, is that the rules by which world trade was arranged are falling from two sides, "he said. Belousov sees the risk of unpredictable fluctuations in the ruble exchange rate due to the US decision to raise duties on a number of goods from China.

In an interview with journalists, he agreed that the decision of Washington could to some extent weaken the ruble. “I don’t see big problems in a slight weakening of the ruble, the unpredictable fluctuations of the ruble are much more dangerous. This is what the Central Bank and the government are struggling with. The risks are not very big and small. however, there are risks, "he said.

For Russia, Washington’s decision is dangerous because it can cause unpredictable fluctuations in the exchange rate of the Russian currency, the presidential aide believes. “The risks are not very big, small. I think that we will cope with this misfortune. But, nevertheless, there are risks, ”he stated. Earlier, US President Donald Trump said that Washington from May 10 will increase duties on a number of Chinese goods from 10 to 25%, and did not rule out the introduction of duties on other goods. Despite this statement, Vice Premier of the State Council of the People's Republic of China Liu He will visit the United States on May 9-10 to continue consultations.