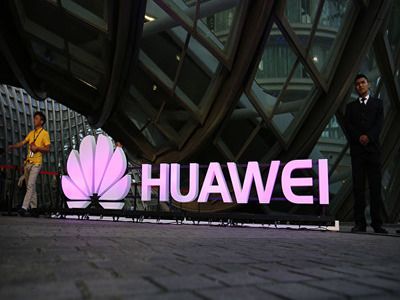 Huawei Commented on US Decision to Blacklist the Company

Trade and servicesElectrical equipment manufactureInterstate relationsWholesale of non-motor vehicles
OREANDA-NEWS. Huawei, the largest manufacturer of telecommunications equipment from China, said that unreasonable US restrictive measures against the company won't help Washington to gain security and become stronger, America will have to use more expensive and less high-quality alternative equipment. Earlier, the US Department of Commerce announced that it intends to make Huawei blacklisted. The company will be blacklisted along with 70 of its units for "activities contrary to US national security".

"If the United States restricts Huawei, it won't help them to gain greater security, nor will it make the United States stronger. It will only force them to use alternative products of lower quality, but at a higher price, to be behind other countries in the construction of 5G networks" - said in a statement issued by the company. Huawei said that ultimately this will only affect the interests of American companies and consumers.

"Unreasonable restrictions are also an unceremonious encroachment on the rights of Huawei, causing serious legal issues," the statement said.
Huawei nevertheless expressed its willingness to maintain contact with the US government to ensure the security of its products. US President Donald Trump on Wednesday signed a decree announcing the "national emergency" in connection with threats to information technology. The Secretary of Commerce is charged with banning transactions that create an unacceptable risk to US national security or the safety of US residents.

Specific countries and companies are not mentioned in the decree, however, it is believed that it is directed primarily against China and the companies Huawei and ZTE. Earlier, the United States said it would impede the use of Huawei equipment when creating new-generation 5G cellular networks both in the US and in other countries.