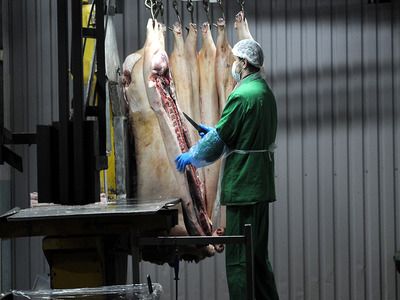 Meat Called the Most Promising Product for Export to China

Trade and servicesWholesale of non-motor vehiclesInternational activitiesFinance accounting and audit
OREANDA-NEWS. Analysts of KPMG in their study “China's Food Market: Opportunities for Russian Companies” named the most promising food categories for export to China. As clarified in KPMG, the forecast took into account the current production plans for both the entire industry and its individual major players.

The first place in terms of export potential, according to KPMG, is Russian meat. By 2024, according to analysts, Russia can supply meat to China for $ 814 million. But, the report’s authors agree, it will be possible to increase supplies to Russian producers only if China removes restrictions on cattle and pork meat supplies that currently exist for outbreaks in Russia of dangerous animal diseases (African swine fever and foot and mouth disease in cattle).

Achievement of $ 814 million is possible, but it directly depends on how soon the restrictions are lifted, the President of the Meat Union Mushegh Mamikonyan agrees. According to him, "if the market opens now, this task is realized, if in a year or two, it is unlikely". The most promising president of the Meat Union considers exports to China of pork: according to him, pig producers estimate the potential of the Chinese market at $ 500 million. But Russian beef will find it difficult to compete in price with products from Brazil, Mamikonyan admits.

The issue of the admission of Russian beef and pork to China will be discussed in August this year at a meeting of the working group with Chinese colleagues, said the representative of the Russian agricultural supervision, Yulia Melano. According to her, the department has already appealed to China to recognize the principle of regionalization in relation to foot-and-mouth disease and African swine fever (deliveries are allowed from regions where there are no dangerous animal diseases). “We expect to be able to get permission to allow Russian beef and pork to enter the Chinese market this year”, Melano is optimistic.