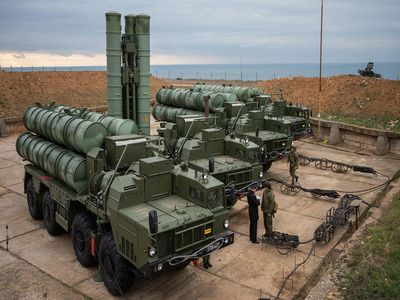 Trade and servicesMilitary securityVehicle commerceInterstate relations
OREANDA-NEWS. The Turkish media interviewed experts who explained what caused the US desire to prevent the conclusion of a deal between Russia and Turkey on the supply of anti-aircraft missile systems S-400. According to an expert in the field of international relations Togrul Ismayil, the United States has a negative attitude towards the rapprochement between Russia and Turkey, which can be observed in Syria. At the same time, he recalled Washington’s inconsistent actions: the White House refuses to sell its Patriot system to its NATO ally, but criticizes Ankara for its desire to acquire S-400 complexes. Ismayil noted that the possible refusal of Turkey to supply the Russian air defense system won't only be a blow to the country's defense, but also cause serious image damage, since this step will be perceived as a result of American pressure.

According to security expert Mithat Ysyk, the S-400 is one of the best air defense systems in the world, and therefore Turkey needs it. He added that now the positions of Ankara and Washington in the Middle East and Eastern Mediterranean do not coincide, therefore the US allies are not interested in such a significant strengthening of Turkish defense capability.

Professor Bilal Sambour also said that the United States is dissatisfied with the strengthening of ties between Russia and Turkey. On the other side of the Atlantic, the S-400 contract is viewed as a matter of survival, since Turkey’s acquisition of these complexes will undermine the US monopoly on weapons supply to NATO members. In this case, other countries from the North Atlantic Alliance may try to find a replacement for US contracts in China, India or Russia.

Ankara is one of the participants in the US F-35 international program. Turkey has also repeatedly stressed that the Russian air defense system does not pose a threat to American fighters. In addition, the Foreign Minister Mevlut Chavusholgu said that the S-400 delivered to the country will not be integrated into the North Atlantic alliance air defense system.
Source: OREANDA-NEWS
Поделиться в соцсетях:
Подписаться на наши группы: Instagram | VK | Facebook | Twitter
Rate this article: