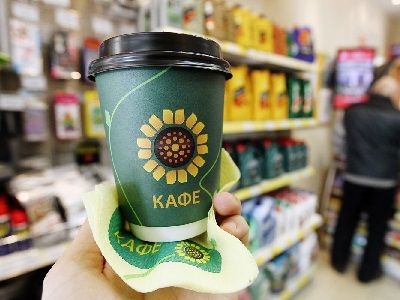 OREANDA-NEWS  Rosneft expects to receive about 4 billion rubles of revenue from the sale of coffee at its gas stations by the end of 2018. This is almost 40% more than in 2017. Avril Conroy, Vice President of retail business and domestic market development. According to this information, the company plans to sell 45 million cups of coffee a year.

4 billion rubles is almost 1% of Rosneft's revenue from the retail sale of petroleum products in the domestic market in 2017 (475 billion rubles, the company does not disclose data for 2018). The total revenue of the company at the end of last year amounted to 6 trillion rubles.

According to Conroy, "Rosneft" is actively developing a cafe at the gas/oil station, both standard and small format: for consumers who are 5 km from the house, and for truckers who drive 500 km. "We are planning to re-equip the cafe in almost all of our retail network. This is not an easy task, because Rosneft owns the largest network of gas/oil stations in the country: about 3 thousand stations, " she added.

The second largest state oil company "Gazprom Neft" by the end of 2018 plans to sell 29 million cups of coffee on its network of stations (in the beginning of the year consisted of 1193 refueling) and to more than 3 billion rubles, said RBC representative of the network of filling stations "Gazprom oil". At the end of 2017, the company received 2.7 billion rubles from the sale of coffee, having prepared more than 27 million cups of coffee.

The representative of the largest private oil company LUKOIL (its network includes 2544 gas stations) did not provide forecasts for the sale of coffee in 2018. According to the results of 2016, the company sold more than 20 million cups at the gas station (more than 10 million cups were offered to the participants of the customer promotion program), revenue exceeded 2 billion rubles, he said. In 2017, the company increased this figure by 30%, that is, to 2.6 billion rubles.