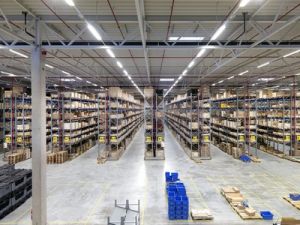 OREANDA-NEWS. The largest Russian grocery retailer X5 Retail Group has opened in the Novgorod distribution center area of 20 thousand square meters, which was fifth in the North-West of the country.

As explained by the head of the Novgorod municipal district Oleg Shakhov, the amount of investments in the establishment of the centre was not less than 1 billion rubles, with an area of nearly 20 thousand square meters, it is divided into four storage areas with the required temperature regime in each. The centre would ensure the supply of products to the stores of Novgorod, Tver and Pskov regions. The appearance of the complex will provide in the Novgorod district of the order of 200 new jobs.

As previously reported, the agreement with X5 about creating reprezenta the Governor of the Novgorod region Andrei Nikitin signed in 2017 at the Russian investment forum in Sochi.