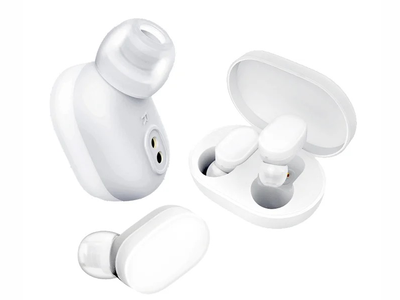 Trade and servicesCommunicationIT, Media
OREANDA-NEWS Xiaomi already has a couple of models of wireless headphones in the AirDots line: Mi True Wireless Earphones (aka AirDots Pro) and Xiaomi AirDots Youth Edition. Well, in the near future, the second generation model is expected to be released: a photo of the device’s box is seen in the picture of workers in the company's office.

Judging by it, the name will become simpler - the new product will simply be called Air 2. The color has not changed, but the case is slightly modified. It is logical to think that Air 2 will be the version of Mi True Wireless Earphones 2, which appeared in the Bluetooth SIG database in July with support for Bluetooth 5.0. They should still have a touch control system, but improvements are expected in terms of noise reduction technology.

Judging by the fact that retail packaging is seen on the employees desk, the headphones will debut very soon. Perhaps already in early September, simultaneously with the Mi 9S model - an improved version of the current flagship Xiaomi, which will feature 5G support.