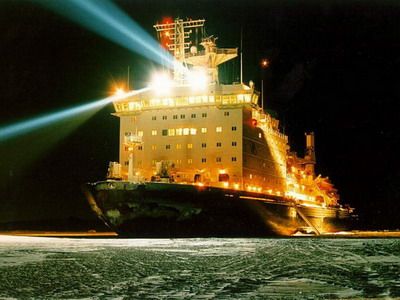 17 Billion Rubles Allocated for the Construction of Icebreaker "Leader"

OREANDA-NEWS. The first tranche of funds from the federal budget for the construction of the atomic icebreaker "Leader" in the amount of 16.9 billion rubles is planned to be allocated in 2020.  The estimated cost of the vessel is 127.577 billion rubles.  This is stated in a message published on the website of the portal “The Future of Russia.  National projects. ”

The estimated marginal cost of the Leader, according to the draft resolution, is 127.577 billion rubles.

Earlier it became known that the contract for the construction of the atomic icebreaker "Leader" between the state corporation "Rosatom" and the shipbuilding complex "Star" will be signed in the near future.

The construction is provided for by the national project "Comprehensive Plan for the Modernization and Expansion of the Main Infrastructure", which is designed until 2024.