Direct flights to Tenerife are resuming from Pulkovo 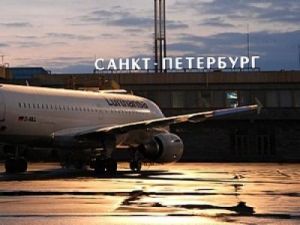 OREANDA-NEWS. Starting October 27, 2017, Ural Airlines will open scheduled direct service from St. Petersburg to the island of Tenerife (Canary Islands, Spain). Flights will be performed on A320 family aircraft every Friday.

Tenerife is among the strategic routes in the New Destinations Support Program of Pulkovo Airport. There has been no direct air connection between St. Petersburg and the Spanish island since April 2015. In the period from 2012 through 2014, the direct passenger traffic on this route rose by 59% and in 2014 exceeded 62,000 passengers.

Tenerife is known as „the island of eternal spring»: the winter temperature rarely drops below +20°С, while in the summer it is over +30°С. Due to the mild climate, it is comfortable here in any season. The southern part of the island is an excellent place for a beach vacation, while ecotourism travels further north.

Travelers going to Tenerife will receive unforgettable impressions from visiting the Spanish Teide National Park, where the park’s namesake volcano and the hardened lava in extraordinary shapes are located next to „Martian» landscapes and amazing flora. An excursion to the mountain Masca Gorge will become an excellent athletic workout: tourists descend through picturesque mountains to the Atlantic Ocean and a pirate cove.