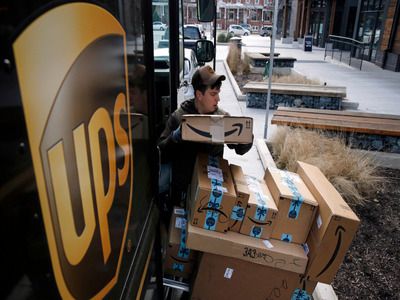 TransportNew technologiesCar and truck transportOther transport activities
OREANDA-NEWS. The United Parcel Service (UPS), one of the world's largest express delivery and logistics services, has ordered 10,000 electric vehicles costing "hundreds of millions of euros" from the British company Arrival, which develops technology for electric vehicles, which was founded by the former head of the Russian telecommunications operator Yota Denis Sverdlov.

The British newspaper The Guardian estimates the amount of the contract at € 400 million, but it can reach up to € 600 million depending on the configuration of the cars. That is, each car will cost UPS € 40-60 thousand. This is comparable to the cost of a Tesla 3 electric car, which is produced by the American businessman Ilon Mask, - about $ 40 thousand. At the same time, a Ford Transit truck running on gasoline or diesel will cost less - from $ 34,5 thousand (excluding the cost of fuel and electricity, which are lower for electric vehicles).

The first batch of 10 thousand cars will appear in the UK, Europe and North America in 2020–2024. UPS has the right to order another 10 thousand cars. In addition, UPS's venture capital division invested in Arrival, the report said. But the amount of investments and the size of the acquired share are not disclosed.

On January 16, South Korean Hyundai Motor Company and Kia Motors Corporation invested € 100 million in Arrival, valuing the company at € 3 billion. This made Arrival, founded in 2015, one of the most expensive British startups.
Source: OREANDA-NEWS
Материалы по теме: