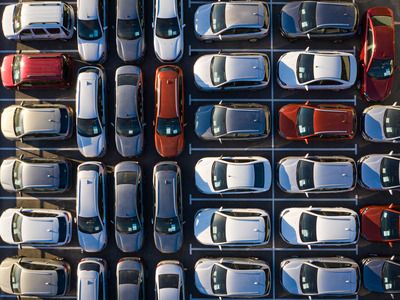 TransportVehicle commerceCars and equipment manufactureInternational activities
OREANDA-NEWS. In February 2020, sales of new AvtoVAZ cars fell by 7% year-on-year to 25 thousand units, it follows from the data of the Automobile Manufacturers Committee of the Association of European Businesses (AEB), published on Thursday, March 5. At the same time, total sales of new cars in Russia fell by only 2%.

The drop in sales is due to the “high base effect of 2019,” an AvtoVAZ representative told the Russian media. In February 2019, the company sold 27 thousand cars. At the end of 2019, the company increased sales by 1% to 362.36 thousand cars, while the entire market dipped by 2.3%, showing the first decline in three years. Lada's share in the passenger car and light commercial vehicle segment in 2019 increased from 20% to 20.6%.

“In February, sales were 2% lower compared to the same month of the previous year, which was in line with market expectations”, said Joerg Schreiber, Chairman of the AEB Automobile Manufacturers Committee. But, given that some companies have stopped publishing monthly sales data, the overall picture of the market is currently not complete, he added.
Source: OREANDA-NEWS
Материалы по теме: