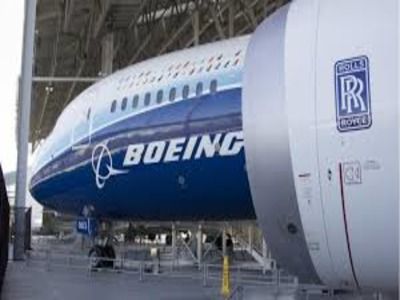 Boeing Wants to Raise $ 10 Billion through the Issuance of Debt

TransportFinancial leasingCars and equipment manufactureAir transport
OREANDA-NEWS. US aerospace corporation Boeing expects to raise at least $ 10 billion through the issuance of debt to improve its financial situation, exacerbated by the decline in passenger traffic due to the pandemic caused by the coronavirus. This was reported on Tuesday by an American news agency with reference to three sources.

According to them, the management of Boeing is developing a plan with a number of investment banks, which provides for the issuance of corporate bonds in the amount of $ 10 billion or more. Such a step is possible under favorable conditions in the market for securities and their derivatives. Boeing is expected to reveal the details of its plan after publishing a report on its activities in the first quarter of this year on Wednesday.

According to the publication, Boeing is also exploring the possibility of applying for financial assistance under the federal support program for backbone enterprises that play an important role in safeguarding US national interests. The country's finance minister, Stephen Mnuchin, on Sunday on Fox News, ruled out direct financial support for large US companies.

Losses of Boeing in 2019 amounted to $ 636 million against a net profit of $ 10.46 billion recorded in 2018. At the same time, the portfolio of outstanding orders, including more than 5.4 thousand passenger aircraft, amounted to $ 463 billion.
Source: OREANDA-NEWS
Другие новости: