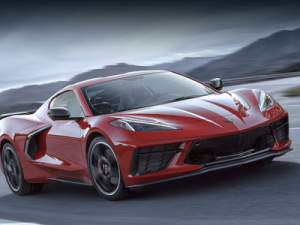 According to the publication, the car was originally developed with the ability to use a gasoline-electric power plant and later the car will receive a hybrid modification. Also, the engineers of the American automaker are exploring whether it will be possible to equip the mid-engine coupe with an electric motor.

Recall, the premiere of the new Chevrolet Corvette which became the first mid-engine sports car in the C8 generation in the history of the model, took place in July 2019.