Convertible Sales Down 11% in Russia 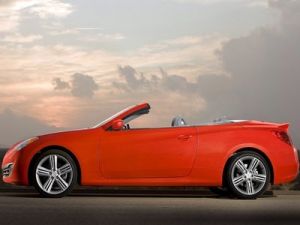 OREANDA-NEWS. For the 7 months of this year, 214 new convertibles were sold in Russia, while it is reported that sales fell by 11% compared to last year.  The leader of this segment in the Russian market is MINI Cabrio, at which 66 customers opted for during the reporting period.  The cost of the model starts at 2.22 million rubles.  In addition, it is noted that 40 of 66 MINI convertibles were implemented in a more powerful version of John Cooper Works.

According to the Avtostat agency, the next most popular is the BMW 4-Series Cabrio.  During the reporting period, dealers were able to sell 58 copies at a price of 3.17 million rubles, but this figure is 30% lower than last year.  The top five also included 24 Porsche 911 convertibles, 23 Mercedes-Benz E-Class open-top cars and 19 Smart ForTwo units.

According to analysts, the decline in sales is due to the expensive cost of cars, as well as the peculiarities of the Russian climate.  In fact, on such machines it is quite problematic to travel in the cold season.