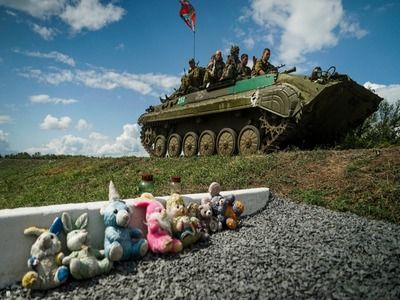 TransportAir transportAirports, air-traffic controlIncidents
OREANDA-NEWS. Dutch MPs voted in favor of demanding the government to investigate Ukraine’s actions in connection with the crash of the Malaysian Boeing in 2014 following the MH17 flight from Amsterdam to Kuala Lumpur. According to Chris Van Dam, MP from the Christian Democratic Party, the decision was unanimous.

Deputies believe that Ukraine should answer the question of why Kiev did not close airspace over the conflict zone in the east of the country. In their opinion, this topic needs to be clarified, including for the sake of relatives of those killed in the plane crash. Ambassador of Ukraine Vsevolod Chentsov, commenting on the fact of making such a proposal to the Dutch parliament, said that his country has nothing to hide, the news publication reports. According to him, first of all, it's necessary to find out who shot down the Boeing and why.

A Malaysian Airlines plane was shot down by a missile from the Buk M1 air defense system in the sky over the Donetsk region, 298 passengers and crew were killed. In June of this year, an international investigation team that investigated the causes of the disaster reported that four people who fought on the side of the self-proclaimed republics of Donbass were suspected of the incident: Igor Girkin (Strelkov), Oleg Pulatov, Sergey Dubinsky and Leonid Kharchenko.