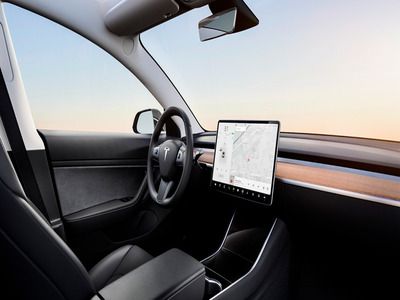 Elon Musk: in Tesla Machines It Will Be Possible to Watch Videos from YouTube and Netflix

TransportCar and truck transportInternet and communication linesNew technologies
OREANDA-NEWS. The head of the American company Tesla, Ilon Mask, is sure that the function of watching videos from YouTube and Netflix services will soon appear in the electric vehicles of its production. About this entrepreneur reported on Twitter.

Mask had previously noted that monitors installed in the cabin can be used to entertain people in the car. “Soon, your Tesla will be able to view YouTube and Netflix streaming video when the car is standing”, said a businessman. As he noted, the advantages of watching video in electric vehicles are the presence of comfortable seats and an audio system that creates a “surround sound” effect. According to Mask, this feature may appear within a few months.

The head of Tesla said that in the future these entertainment will be available while the car is in motion. According to the entrepreneur, it will be possible when the autopilot systems in Tesla cars will take full control of the vehicle themselves without the participation of the driver. "When regulators approve automatic driving, we will provide the opportunity to watch the video while driving", he said.

Tesla company was founded in 2003 by Mask. It was originally called Tesla Motors, but was later renamed Tesla. Its headquarters is in Palo Alto (California). First, the company specialized in the production of electric vehicles, but later became involved in the creation of solar panels and other energy storage systems.

Owners of Tesla electric cars will be able to watch YouTube videos and TV shows from Netflix right in the car. Adding these applications to autocomputers. “Thanks to the surround sound, the large display and the comfortable Tesla seats in the car, there will be an indescribable sense of cinematography”, he wrote on Twitter.