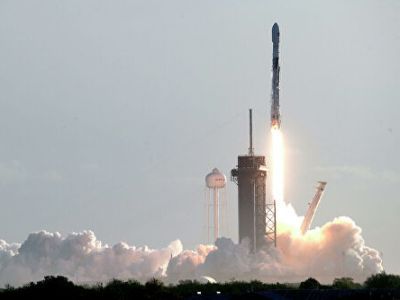 Elon Musk Reported of Problems during Launching the Rocket Falcon 9

OREANDA-NEWS. One of the nine engines of the first stage of the rocket Falcon 9, carrying the Starlink satellites, turned off prematurely, but this did not prevent the spacecraft from entering the calculated orbit.

This was reported by SpaceX CEO Elon Musk. “There was also an early engine shutdown on ascent, but it didn’t affect orbit insertion. Shows value of having 9 engines!” he wrote on his Twitter page. According to Musk, a thorough investigation of engine failure will be carried out before the next launch.

On March 18, Falcon 9 transporting 60 Starlink communications satellites into near-Earth orbit was launched from Cape Canaveral (Florida, USA). The first stage of the rocket did not manage to land on a platform located in the Atlantic Ocean.
Source: OREANDA-NEWS
Другие новости: