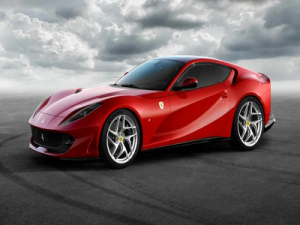 OREANDA-NEWS Representatives of the company Ferrari intend to prepare for the upcoming September announcement of two new models of sports cars.

According to media reports, two new models of supercars will be presented after the worldwide announcement of the SF 90 passenger car and the updated F8 Tributo coupe with hybrid power plants. A limited version of the P80 / C was shown, which is not intended for public roads.

The leaders of the automobile manufacturing company are going to seriously work on expanding the range. Journalists have repeatedly discussed rumors and various details of the structural parts of the luxury Purosangue SUV, the development of which will be completed only by 2022.