Ford Transit will be Released in Russia 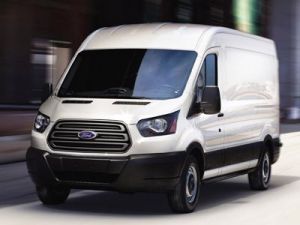 OREANDA-NEWS. Ford Sollers will continue to strengthen its position in the segment of light commercial vehicles, releasing Ford Transit and a line of special and social versions at its base at its own factory in Alabuga (Elabuga, Tatarstan).  In the future, the joint venture plans to increase production, which will allow Ford Transit not only to strengthen its leadership among foreign LCV models on the Russian market, but also to increase its share in the segment (today it is 15%)

Now the company is preparing to release an updated version of Ford Transit.  Changes affect the interior, the color palette of exterior and interior trim parts, as well as individual elements and the power structure of the body.  The first cars will come off the assembly line in September 2019.

At the same time, the plant is working to increase the number of modifications, of which there are already more than 55, ranging from ambulances and ending with school buses and car trailers.  Ford Sollers Company refreshed in early June of this year;  An investment agreement (SPIC) was signed with the Ministry of Commerce of the Russian Federation and from July 1, the joint venture operations in a new mode began.  51% of the share capital - from the Russian company.