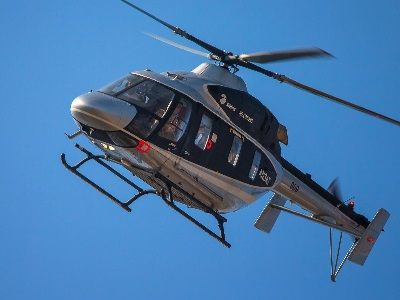 "Helicopters of Russia" Will Supply "Anatov" to China in 2019

OREANDA-NEWS  Holding "Helicopters of Russia" (included in Rostec) this year will begin deliveries of helicopters "Ansat" with a medical module under contract with the Association of disaster medicine of China, told Viktor Kladov during the International Defense Exhibition IDEX 2019. Kladov is the Director of international cooperation and regional policy of Rostec

The contract was signed in November 2018 at an air show in China. This involves the supply of 20 Ansat helicopters.

"At the last exhibition in Chinese Zhuhai holding signed a contract. 20 helicopters with medical modules of Ansat brand should be delivered to the Association of disaster medicine of China. The first cars will be loaded in 2019,” Kladov  said.

Despite its almost 20-year — old age, Ansat is still a "newcomer" in the Russian helicopter market, and in the foreign market-just a "stranger".

The configuration of machines for China is "multi-purpose". Specialists of the Russian Helicopters holding stressed that the purchased Ansats equipped with a medical module can be used for emergency evacuation of patients, first aid, including in areas with difficult terrain.

In Russia "Ansats" are used in sanitary aviation. Since 2017, 11 such helicopters have been delivered to regional services, and seven more will be transferred by the end of the year.

"If we prove ourselves as an attentive supplier, it will be possible to expand. But it is a slow and long process. And the Chinese themselves are now buying everything, they are interested to have different types of aircraft. We will add that the holding's management estimates the potential of Ansat in China in the amount of 70 cars." - the repreentative of company told

"Ansat" - a light multi-purpose twin-engine helicopter that can be used in transport, passenger, air ambulance, patrolling. Ansat helicopter is produced at the facilities of the helicopter plant in Kazan, which is part of the “Russian Helicopters” joint holding. The twin-engine car built according to the classical single-screw scheme with a steering screw has a number of advantages over similar models. The aircraft received an all-metal body, composite non-power elements and fiberglass blades.

Earlier, the state Corporation Rostec handed over to the National air ambulance service (NSSA) the first batch of specialized helicopters in medical equipment: four Ansat and four Mi-8. In total, 104 Ansat and 46 Mi-8 will arrive in the emergency aircraft until 2021.