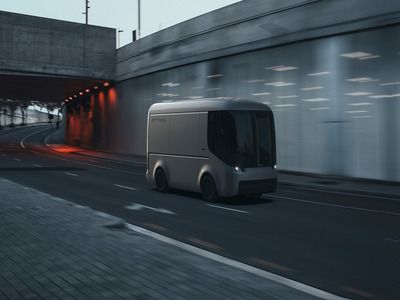 Software engineeringTransportNew technologiesCar and truck transport
OREANDA-NEWS. Hyundai Motor Company and Kia Motors Corporation have invested € 100 million in the British Arrival, developing technology for electric vehicles. This is stated in the joint message of the companies received in the Russian media.

Arrival was valued at € 3 billion during the deal, a spokeswoman said. Thus, Hyundai and Kia will receive 3.33% in the startup. This makes Arrival, founded by former head of Yota telecommunications operator Denis Sverdlov, one of the most expensive British startups. Yota, the largest shareholders of which were businessmen Sergey Adonyev and Albert Avdolyan, was sold to MegaFon in 2013 for $ 1.18 billion. In 2012-2013, Sverdlov was Deputy Minister of Communications and Mass Media, then resigned and left for London.

Before the deal with Hyundai and Kia, the only shareholder in Arrival was the Kinetik fund, whose beneficiary is Sverdlov, a source familiar with the terms of the deal told the Russian media. According to him, during this round, an investment in Arrival was also made by Gemcorp, owned by the former head of international business VTB Capital and the former top manager of Goldman Sachs and Merrill Lynch Atanas Bostanjiev.
Source: OREANDA-NEWS
Материалы по теме: