Hyundai Announced a new Electric Car in an Unusual Style 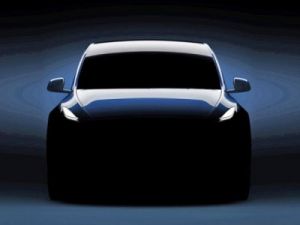 OREANDA-NEWS. Hyundai has released an image of the electric concept car, which will be presented at the Frankfurt International Salon in September.

The car was called Hyundai 45. The concept refers to the first model of the brand, which was released in the 1970s.

Hyundai 45 EV is described in the company itself as “a symbolic milestone for the future design of electric vehicles”, which also demonstrates the development of the brand language of the brand Sensuous Sportiness - “sensual sportiness”.  Judging by the image of the car, it combines retro-style elements and modern technology, and there is also a hint of "sportiness" - a roof spoiler.

There are no details about the technical stuffing of the concept yet.  The only thing Hyundai mentioned was the 45 EV all-electric power plant.