In Russia, Increased Prices for Cars 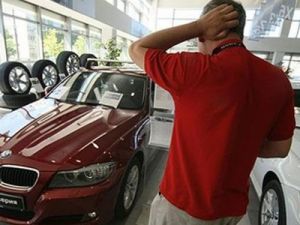 OREANDA-NEWS Since the beginning of the current year, prices for cars in Russia have risen by 10% amid a noticeable decline in sales.

Experts among the main reasons for the jump in prices called the increase in the rate of value added tax (VAT) from the beginning of the year from 18% to 20%, inflation and the update of the model range, the newspaper Kommersant reports.

In particular, according to the newspaper, prices for Volkswagen increased on average by 2-3%, Volvo - by 3%, Audi - by 2.5%. AvtoVAZ reported that since January 1, prices for Lada cars increased by an average of 3%, from July 1, the cost of Granta (except for the Cross) and Vesta increased by another 0.6%.

At the same time, sources say that some automakers are already considering options for reducing production in the Russian Federation, which will not only reduce costs through the implementation of overstocked warehouses, but also activate consumer demand due to a naturally occurring deficit.